Will Thomason, a Jennifer Saltzstein Kaffenberger Fellow, will be sharing blog posts about his experiences teaching with ASTEP. These programs give children access to the transforming power of the arts by bringing performing and visual artists from the Broadway and NYC community to after-school and in-school programs. ASTEP partners with schools and community organizations serving youth affected by the justice system, incarceration, gun violence, homelessness, immigration status, systemic poverty, and HIV/AIDS. Through the arts, these young people learn they have what it takes to succeed no matter the obstacles, which is key to breaking cycles of poverty.

A NEW YEAR WITH ASTEP 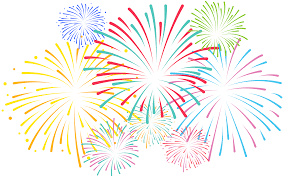 It is currently 4:00am and I am giddy with excitement. It also helps that I have an open carton of Triple Chocolate ice cream beside me, but I promise, my excitement stems not from sugar, but from the prospect of the coming year. I am signed up to take a cycling class at noon tomorrow, but I think the instructor will understand my tiredness. After all, it is not solely my fault.

I worked on New Year’s Eve. It was intentional – I have seen enough sit-com episodes about the quest for the perfect NYC New Year’s Eve party for me to know that working a tepid Masquerade Ball was a perfect fit for the night. The one asterisk was that I had planned to participate in the “Polar Bear Plunge” the day after. For those who are not familiar with the concept, this tradition consists of a gathering of hundreds of people at various bodies of water – this one was planned for Coney Island beach – and a collective jump into the freezing cold water on New Year’s Day, as a jump-start into the new year. Though I had had a late night, I chose to get up early, pack my bag, and confirm plans with a fellow ASTEP volunteer, Angela, who had agreed to do it with me. But as I grabbed my keys to walk out the door, two thoughts crossed my mind. First, I hate the cold. I hate cold water. I hate cold water even in the summer. I don’t even like to *drink* cold water. Why would I subject myself to this pain *on purpose*? I was potentially willing to suffer through the pain, but my second realization is what prompted me to text Angela and request a back-up plan.

See, the point in the Polar Bear Plunge is to shock your body, and in turn, your mind, into a re-set for the coming year. As we all know with the Nintendo 64, the tried-and-true “turn it off, wait 10 seconds, and turn it on again” is the best way to fix a frozen (pun intended) system. But my system was not frozen. It was not broken, it did not need a re-start. I didn’t want to get *in* the water, because I was still on top of it, riding the wave from 2018! 2018 is when I started my relationship with ASTEP. What started with a one-time, low commitment to perform a 3-minute song on the piano, has turned into an integral part of my life. I have been able to meet an entire network of ASTEP employees, supporters, volunteers, and partners who have enriched my personal and professional journey, and I want to take that into the new year. In 2018, I was able to introduce the concept of wordplay to youth, who used their wit to outsmart me. I got to dust off my Spanish skills and hang out with some pretty cool, super cute 5 year-olds. I taught a new friend at a youth home how to strum the ukulele, and in turn learned some out-of-this-world jokes about astronauts. I convinced at least one child that I was Santa Claus (feel free to check out the picture. I’d say my years of acting training have paid off).  And at the very end of 2018, I flew to Miami and back in a day, and toured facilities of a community that ASTEP works with. I had some good, home-made food and good, home-made fun.

I used to make New Year’s Resolutions. In fact, I just found my list from 2014, which I had decorated and framed. I had planned to take 60 exercise classes a month, spend 10 hours a week practicing a foreign language, master front- and back-flips, and enroll in a year-long acting class. I admit, I had lofty goals, and barely accomplished any of them. But recently, instead of New Year’s Resolutions, I have made New Year’s Intentions. New Year’s Aspirations. New Year’s Goals. One is to make a bigger deal out of little successes, and to stop making a big deal out of little inconveniences (lookin’ at you, MTA). Another is to try to get rid of my own insecurity (it’s useless!) And ASTEP is there to support me through all of it. I am already looking at potential summer plans with ASTEP, and I will be attending 3 separate ASTEP events in the next 4 days. I am excited. I am giddy. And I’m ready.

Here’s to another exciting, ASTEP-filled year!

ASTEP is thrilled to announce that Katrina Yaukey and Will Thomason have been selected as recipients of the 2018 Jennifer Saltzstein Kaffenberger Fellowship!

The Fellows will be taking the lead as Program Facilitators at our ASTEP on STAGE! sites in Harlem and the Bronx with CHOICES Alternative to Detention Programming. At this program, Will and Katrina will help ASTEP Volunteer Teaching Artists share their magic with young people who have been involved with the justice system. This program will give students the ability to share their voices and choices through the arts, all while having fun!

The Jennifer Saltzstein Kaffenger Fellowship gives this unique opportunity to individuals who closely model Jennifer’s personal values and skill set and ensures all young people, regardless of their backgrounds, will experience the transforming power of the arts, much as the arts impacted Jen’s life.

“It’s an incredible and unexpected privilege to have been chosen for this fellowship. The way in which Jennifer’s family has chosen to honor her legacy with this program is a gift to so many people. It’s wonderful that Jennifer’s passion for the arts will continue to be shared by many people!”
– Katrina Yaukey, 2018 Jennifer Saltzstein Kaffenberger Fellow

“ASTEP has easily been the highlight of my Fall. I have enjoyed playing word games in the Bronx, building relationships with high-schoolers in Harlem, and hanging out and sharing music with kids living in a residential facility next door to my apartment in Washington Heights, and all of these opportunities to share and grow are thanks to ASTEP programming. Becoming a Jennifer Saltzstein Kaffenberger Fellow further excites and inspires me to give to these ASTEP programs. I will aspire to give passionately and compassionately, as I understand Jennifer did. I look forward to my continued involvement with ASTEP, and I thank you for making it possible to do so.”
– Will Thomason, 2018 Jennifer Saltzstein Kaffenberger Fellow